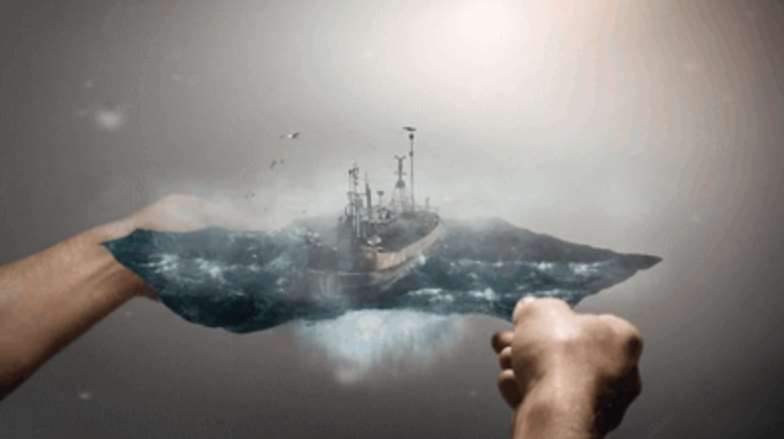 Technology is the field of never-ending development where new insights into what we thought would be difficult or almost impossible to bring to life are constantly achieved. Genetic engineering, nanotechnology, and the current computer progress needs little data to back up its growth in the last decade.

But then again, what exactly is it and how does it work?

Without using adorned technical words, Augmented Reality is a fairly new technology that presents a direct or indirect live view of a real environment altered with what is called “augmented” virtual elements that enrich it with information in the manner of sounds and graphics.

AR differs from VR in that, while Virtual Reality generates a whole new simulated world without allowing the user to access the real one throughout the experience, Augmented Reality creates a space where both of these worlds can meet, showing what is necessary to enhance one’s perception of our surroundings. 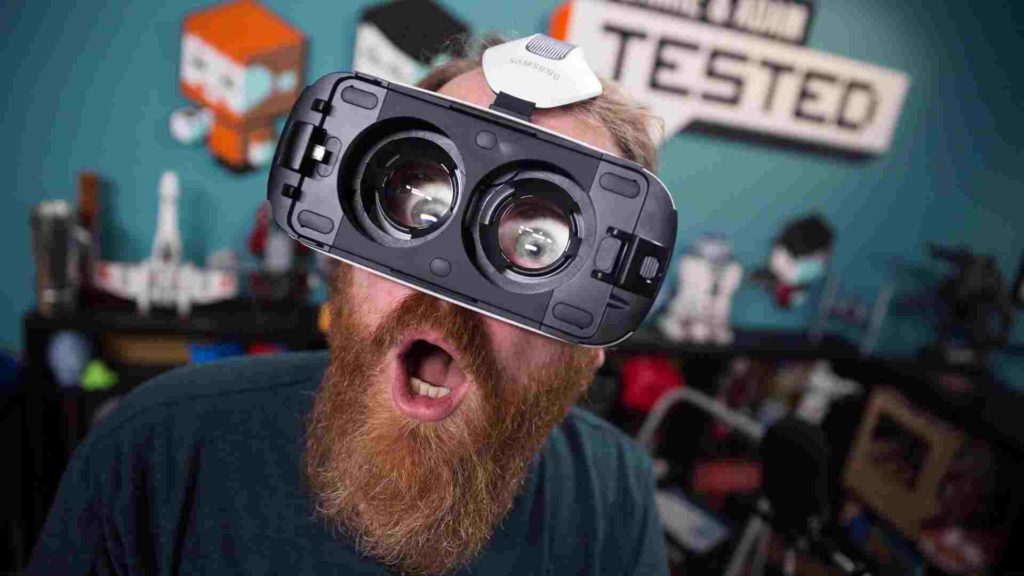 This means that you will be able to perceive both the real world around you and virtual elements at the same time. It is precisely the ability to reach this threshold what makes Augmented Reality so special and most probably what will make it highly successful in years to come.

To experience AR, the user needs certain components that can both receive information of the environment and project superimposed graphics onto the data that came in. This can be achieved through a camera (for example, iPhone’s camera) and a screen or a projector that will send the information out of the device.

There are several ways to achieve Augmented Reality and they depend on what the software’s main objective is. Let’s explore on the different possibilities.

The most popular one, which gained a whole lot of attention with the game Pokemon Go released in 2016, is the smartphone that almost everyone owns these days. Tablets also work as great considering that they both have the two main components: a camera which functions as an environment data input, and a screen where the user can see the projected virtual graphics.

Many compare what happens on the screen of the mobile device when AR is activated to real magic as it shows images of what the person has in front of them with added elements such as game boards, real-sized furniture, or information about the weather or interesting places nearby.

PCs and TV players that are connected to a webcam make up another type of device. It works the same way as the mobile phone, only that it generates bigger graphics because of the size of the screens. These are particularly good for experiencing Augmented Reality from a tracker, which is an image that you have to put in front of the camera for the AR elements to appear.

Lastly, there are head mounted displays (HMD), lenses and glasses. These might be the real future of AR as it is currently being used in different work fields. Although Google Glasses turned out to be an economic failure, many companies are betting on the fact that, in the upcoming years, people will be readier to adapt to them.

With glasses or lenses, AR completely merges into the field of view of the user, showing virtual elements as they move and swipe or tap on the sides of the device.

Because Augmented Reality is currently being researched by thousands of scientists, developers, engineers, and so on, the future availability of VR is far from what we can say with certainty now. However, at the moment, there are mainly three different categories where most of AR software fit in.

Thanks to the creation of ARKit, an Apple app that allows programmers to build their own AR games, we will definitely be seeing more of these in the near future.

Among these, you can find IKEA’s past catalogs and, more recently, their latest app through which you can bring directly into your home the life-sized furniture to see how it would look before buying it.

Many bet on the fact that AR browsers will be widely used not too many years from now. In fact, Yelp released an app over six years ago that might not have been a success but it certainly set new paths to be followed and improved.

How AR Works: The Functioning Basics

Partially transparent displays combine the digital with the real world. Light rays redirected in the digital world through an optical device. The “combiner” as it is known, mixes the computer generated image with the real world. It works like a partial mirror that redirects the light selectively through from the real world. Augmented reality products utilize computer graphics and audio to improve viewer vision and hearing. In fact, there are many facets of augmented reality. Here’s a look into these important features of AR.

One of the most advanced technology that involves simultaneous localization and mapping processes with complex algorithms and sensor data managing also known as SLAM. The system realizes unknown surroundings while identifying the localization. The hardware requirements of such a type of development are quite high. Although, there is a perception, it is yet to be realized.

“SLAM is the secret ingredient in driving the future of 3D technology with object-recognition and multi-target tracking.” More advanced SLAM technologies found in Google Tango maps out objects around you, to allow interactivity with every element.

The sensor data establishes depth tracking with virtual objects connected to the scale of real objects fused together. This means that the digital elements or any other video media would change in scale depending on the distance with the user’s vision.

The most popular form of augmented reality is the marker-based Image Recognition. The marker function may be anything from printed image to even a QR Code. The position of the AR code and the marker is calculated such that any changes will affect the content. The real object here replaces the augmented imagery. The recognition capabilities play the key role here. The augmented reality method will not function as it cannot determine the target correctly.

The geo-location technology provides more insight into your current location with the position-based augmented reality. The content from augmented reality infuses additional data that can be linked to real places for navigation support, location updates/events, and business pop-ups.

Artificial light projection and interaction by sensing changes is the basic method associated with this kind of augmented reality. Any special changes trigger the application to react to it. The concept is most prominently utilized in sci-fi movies, but in a reverse. The reverse project based technology works by using a plasma-laser that projects 3D interactive capabilities into the real world directly.

Although, the spatial augmented reality is distinct from the rest of the features, it doesn’t quite require any special device or software to project AR. Light from neutral objects enhances projection with additional information. Some of the most popular examples is the Google Glass and head-up displays (HUD).

Augmented reality can be experienced in various ways with apps that merge digital visual content with the real. Here are the top 8 best augmented reality based apps as examples and their impact on the future.

With Augment, users can view products in a 3D settings in real-time. Popularly used in retail, architecture, ecommerce, and more. The app is available on both the iOS and Android. Retailers and manufacturers can connect with each other to improve the shopping experience of customers.

It provides a better view of products to buyers before buying, thus driving customer engagement and sales. Companies such as Coca Cola, Nokia, Siemens, Nestle, and Boeing use Augment.

Shows comprehensive view of the solar path, winter and summer solstice, sunrise, sunset and twilight times, etc. with the flat compass and the 3D view. Available both on the iOS (iPhone) and Android, the app is idea for photographers, real estate buyers, cinematographers, campers, drivers, architects, and gardeners.

The world’s first-ever real life shooting AR game is available only in iOS. Create and record your fights. Also, the app’s night vision mode provides a clearer view with thermal vision goggles to complete your mission. The popular game ranks in the #1 spot in the U.S. and China for iPhone users.

Execute a car navigation system using augmented reality powered technology. The safer and feature rich application is only available for the Android users. The driver gets to see real-time camera preview to analyze the driving conditions without causing any hindrance to safety.

One of the ground-breaking creations of the last couple of years is Virtual Reality which currently holds first place in the race of future economic growth. As time passes by, researchers dig deeper into it and investors make their choices, and it looks like there won’t be any new technology that will have such an impact as this one.

That is if you do not take into account Augmented Reality.

VR’s close cousin, AR, although of the same family, offers an experience far more intertwined with the real world that the former, which is why people using Android phones and iPhone could adapt to it faster than what it has taken to adapt to the usage of VR headsets.

The Future of AR

If something is certain is the fact that Augmented Reality is not going anywhere anytime soon. Indeed, you will be hearing more of it every day as big names like Apple’s iPhone, Microsoft, Google and Upskill are all making immense investments on the field.

By now, many companies are already using AR lenses to speed up the learning and task processes of manufacturers and assemblers, and numerous others have been using it as a portal to an assisted reality that is easily accessible with AR.

The challenges are many and so are the technical problems that need to be fixed before we begin to leave virtual notes for our roommates or 3D flowers for our partners on the night table. But technological development is, undoubtedly, heading towards that horizon.

For now, and before Apple releases its own affordable Augmented Reality device, we can still make the most of what AR browsers offer us at the moment while also obsessing over any new AR game that you can find on the e-store. Actually, given the limitless possibilities, why not make your own?